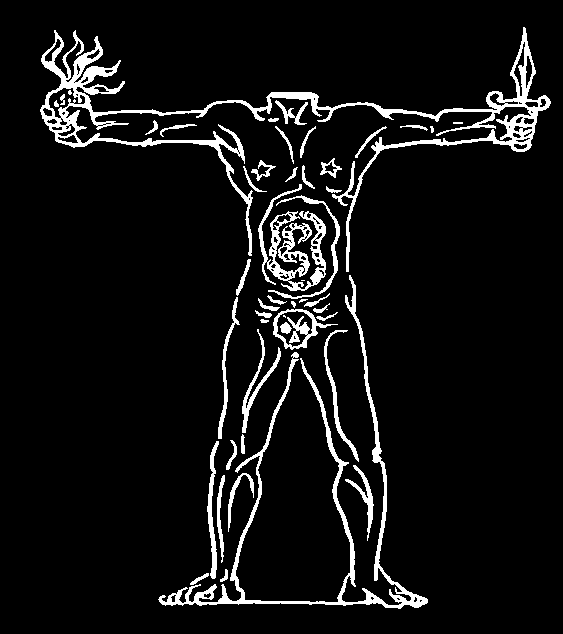 Continuity: the totality of being

‘Life’, writes Bataille, ‘is a door into existence’ revealing to us one simple truth: that existence is movement. A flow of energy that radiates from the sun—‘the source of life’s exuberant development’—circulates wildly across the surface of the globe, connecting each being to each other intimately to each other (such as ‘the tiger and his prey’), and to the universe (‘from outside to inside, from inside to outside’), in a single, continuous totality of being. ‘Life is a door into existence: life may be doomed but the continuity of existence is not.’
On Earth, in ‘conflagrations befitting the solar origins of its movement’, a play of energy ‘that no particular end limits’ breathes life into matter ‘scarcely distin­guished from the immense flux of the world.’ These living beings have—and are connected by—an immanence without a clear limit ‘(an indistinct flow of being into being - one thinks of the unstable presence of water in water.)’ Caught in a turbulent movement of energy across ecosystems and food chains, ‘grass grows out of the solar energies, the fawn grows out of the grass, the wolf feeds on the accumulated forces of the fawn’s, and so on. … For a predator, the prey is only a source of energy, not an isolated being apart from it.’
A ‘superabundance of energy on the surface of the globe’ creates pressure that acts on living beings, challenging them to survive (to seek ‘elements around it which are immanent,’ and to establish ‘relatively stable relations of immanence.’) Living beings ‘receive this energy and accumulate it’ (‘for living matter in general, energy is always in excess’), and in turn a being will produce an excess of its own. ‘As a rule an organism has at its disposal greater energy resources than are necessary for the operations that sustain life.’
With this excess, ‘each isolated entity on earth, in all of living nature, tends to grow,’ spending its energy and resources ‘either for an increase through reproduction or for its individual growth.’ Continuity—the meaningless flow of energy ‘whose principle is loss’—demands this expenditure from every living being, without which ‘neither growth nor reproduction would be possible.’ Through pressure and time, ‘taking into account a constant relation of the biomass to the local climatic and geological conditions, life occupies all the available space.’ Even in the planet’s most inhospitable conditions, the ‘myriad forms of life adapt it to the available resources.’
For living beings, existence is continuous movement—the accumulation and expenditure of energy—but ‘the movement of growth runs up against limits at every stage of life.’ Energy, even in excess, ‘cannot contribute to a growth for which the “space” (better, the possibility) is lacking.’ ‘If a system (e.g., an organism) can no longer grow, or if the excess cannot be completely absorbed in its growth, it must necessarily be lost without profit; it must be spent, willingly or not, gloriously or catastrophically’—the energy must be squandered. ‘Only the impossibility of continuing growth makes way for squander … excess does not begin until the growth of the individual or group has reached its limits.’
Ecosystems, communities, and societies—the structures of life—adhere to the same principle. ‘In every social organization, as in every living organism, the surplus is distributed between the growth of the system and pure expen­diture, of no use either to the maintenance of life or to growth.’ Everything that lives must squander, and first among them ‘man is the most suited of all living beings to consume intensely, sumptuously, the excess energy offered up by the pressure of life.’

The organism: the limited being

From the perspective of continuity, ‘every isolable element of the universe always appears as a particle that can enter into composition with a whole that transcends it.’ However, ‘in the complexity and entanglement of wholes, to which the human particle belongs, this satellite-like mode of existence never entirely disappears. A particular being not only acts as an element of a shapeless and structureless whole … but also as a peripheral element orbiting around a nucleus where being hardens.’ The totality of being is ‘only found as a whole composed of particles whose relative autonomy is maintained.’
These “particular” beings, organisms, are ‘separated from processes that are similar to it; each organism is detached from other organisms: in this sense organic life, at the same time that it accentuates the relation with the world, withdraws from the world.’ In the particular form of being, one’s existence is limited—eventually, it will end. ‘Nothingness is the limit of a being. Beyond definite limits - in time, in space - a being no longer exists. For us, this non-being is full of meaning: I know that I can be annihilated.’
Autonomous beings with finite lifespans, every organism can reproduce its own existence. ‘Reproduction implies the existence of discontinuous beings. Beings which reproduce themselves are distinct from one another, and those reproduced are likewise distinct from their parents.’ Each organism is a singular satellite—‘He is born alone. He dies alone. Between one being and another, there is a gulf, a discontinuity.’
In that organisms are part of continuous existence, they possess relations of immanence. ‘Every organism depends on the contribution of others, and if this contribution is favorable, it extracts the necessary energy from it.’ In that organisms are discontinuous, and limited by nothingness, they possess relations of transcendence as well. ‘The transcendence of the being is this nothingness. It is only as if it appears in the beyond of the nothing, in a certain sense as a given fact of nothingness, that an object transcends us.’
‘The world in which men move about is still, in a fundamental way, a continuity from the subject’s point of view,’ but continuous existence—the world of intimacy—‘establishes reality, which it is not, as contrary … a world of things and bodies, is established opposite a holy and mythical world.’ For the subject, a being with both continuous and discontinuous existence, ‘not only do these various worlds exclude and ignore one another, this incompatibility also concentrates in a single individual.’
To a subject, things (objects) appear transcendent. An object ‘has a meaning that breaks the undifferentiated continuity, that stands opposed to immanence or to the flow of all that is - which it transcends. It is strictly alien to the subject, to the self still immersed in immanence.’ The object is transcendent to the subject in that ‘the limits of the subject are reflected in the choice of its object.’
Though transcendent, ‘to the extent that I grasp in that object the extension of the existence that is initially revealed in me, the object becomes immanent for me.’ Bound intimately, ‘the choice of the object occurs in such a way that the subject is unable thenceforth to conceive of itself without the object and, reciprocally, the object separate from the subject becomes itself inconceivable for the latter.’ The object ‘becomes continuous with respect to the world as a whole but it remains separate as it was in the mind of the one who made it.’

Selfhood: the conscious being

‘Consciousness is distinctly determined in the measured reflection of the world of things.’ In the reality of discontinuous existence, objects are held to be useful and are measured by their utility. ‘Insofar as tools are developed with their end in view, consciousness posits them as objects, as interruptions in the indistinct continuity.’ Reflecting inwards, the subject, too, ‘is no longer characterized by intimacy, insofar as he is defined by things, and is himself a thing, being a distinctly separate individual.’
The human being, unique among organisms, is a subject in a world of objects. The animal, however, ‘can be regarded as a subject for which the rest of the world is an object.’ Unlike humans, who have placed themselves into their discontinuous existence, ‘animality is immediacy or immanence’—‘the animal is in the world like water in water.’ As two different subjects, ‘man and animality are set against one another in a laceration that exposes the whole of divided being.’
‘The negation of nature (of animality) is what separates us from the concrete totality: it inserts us in the abstractions of a human order.’ In rejecting our animality, we define what it is to be human. ‘Man negates himself; he trains himself; he refuses, for example, to give to the satisfaction of his animals needs, that free course on which the animal placed no restraint.’ Favoring a world of useful objects, ‘in the end, the reality principle triumphed over intimacy.’
To the discontinuous being, continuous existence ‘is truly alien to ordinary reflection in that it includes at the same time objective reality and the subject who perceives the objective reality. Neither the object nor the subject can form by themselves a totality that involves the whole.’ Perceiving of totality, ‘which exceeds on all sides the reduced world of thoughts, I know that it is made up of distances and opposites’—but complete understanding fails in that ‘the intellect, with its first impulse it abstracts, separating the object of reflection from the concrete totality of the real.’ In limbo ‘between continuous and discontinuous existence, what is at play is the stability of self-consciousness, and thus of selfhood.’
The reality of discontinuous existence—the real order—‘does not so much reject the negation of life that is death as it rejects the affirmation of intimate life, whose measureless violence is a danger to the stability of things.’ The real order ‘creates the possibility for stability. It is the realm in which the self wants to survive and be a center of meaning.’
For human beings, such meaning is only possible through stability. ‘Something is meaningful if it has stability, if it becomes like a gravitational center that draws other objects towards it. Such a thing is impossible in the continuous existence, since there is no center but only a movement of forces.’ Through work—a serious relation with the real order—human beings accumulate and ‘strive to master the exuberant energies to create something stable and meaningful.’
Engaged by the world around us, we undertake a methodical survey of our surroundings. ‘In science the scientist himself becomes an object exterior to the subject, able to think objectively (he could not do this if he had not denied himself as a subject to begin with).’ We can perceive of the whole, but only ‘insofar as its developments reduce it to abstraction, from which the concrete fact remains manifestly distinct.’ (‘The difficulty of making distinct knowledge and the intimate order coincide is due to their contrary modes of existence in time. Divine life is immediate, whereas knowledge is an operation that requires suspension and waiting.’)
The immanence of continuity can never be completely understood; ‘even psychoanalysis is obliged to define it scientifically as that element from the outside which is unassimilable.’ This pursuit of divine knowledge ‘consummates man’s estrangement from himself and realizes, in the case of the scientists, the reduction of all life to the real order. Thus knowledge and activity, developing concurrently without subordinating themselves to one another, finally establish a real, consummate world and humanity, for which the intimate order is represented only through prolonged stammerings.’

Transgression: the sovereign being

Economy: the pursuit of being

Nietzsche, Friedrich. On the Genealogy of Morals. Translated by Michael A. Scarpitti. London, England: Penguin Books, 2013.