An essay on why Twitter is an intellectually exhausting news source.

Partially it’s a notebook, partially it’s so that the character limit forces me to express my ideas in the fewest words necessary, making me a better communicator.

Recently, I started following somebody, so now after I tweet something, I see random tweets on the screen. As you can tell, I am something of a Luddite when it comes to social media.

I’ve also been trying to be a better critical thinker about what I let myself believe from what I read on social media: screenshots can be fake, quotes can be fake, and commenters can be Russian bots.

This is the first tweet I saw after I posted something.

There’s nothing exceptional about the tweet itself, but I was very self-conscious of the way that I parsed it, and thought it would make an interesting blog post.

I am going to present it to you step-by-step, imitating the order of which things caught my eye. 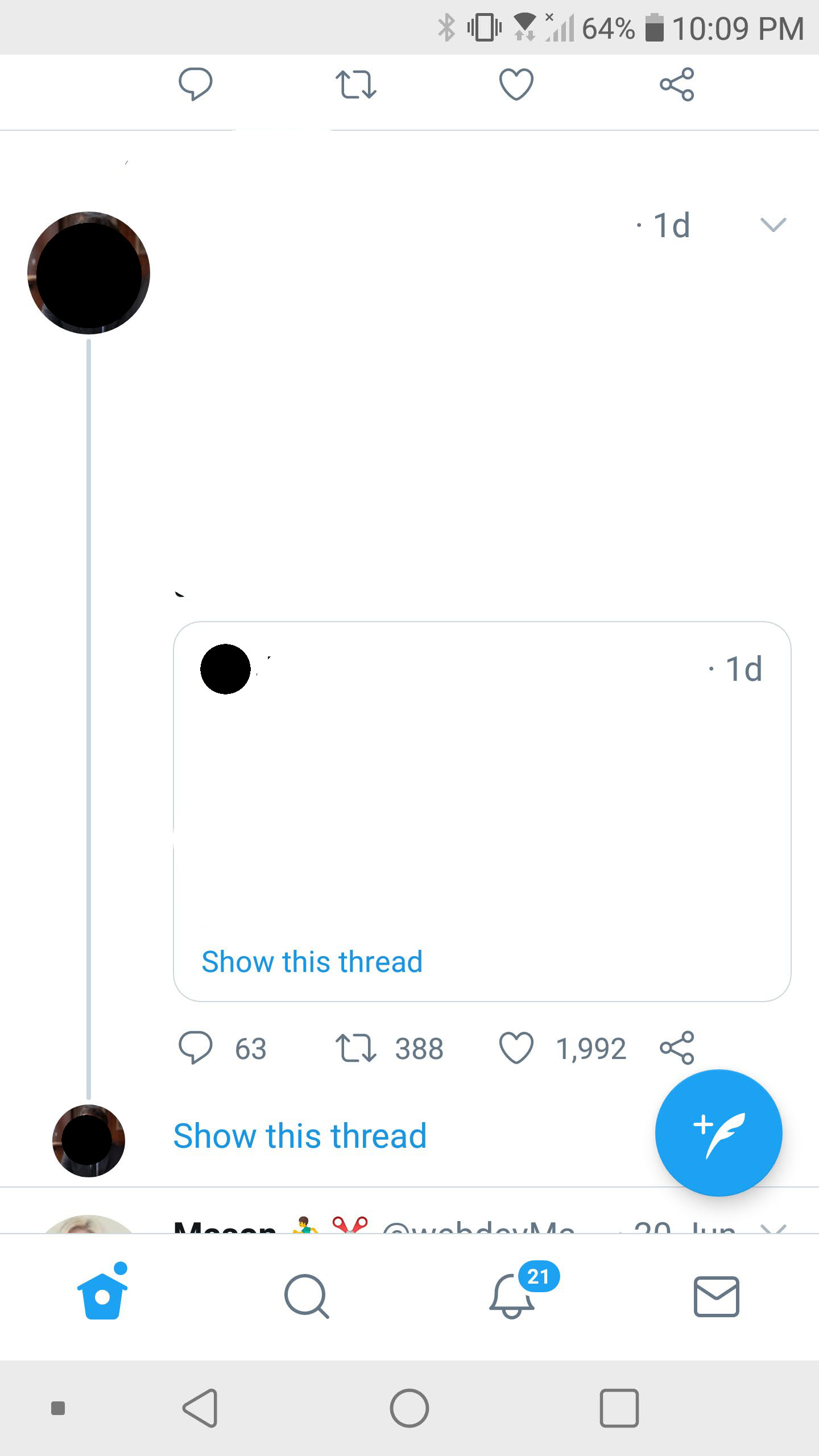 This is a re-tweet. 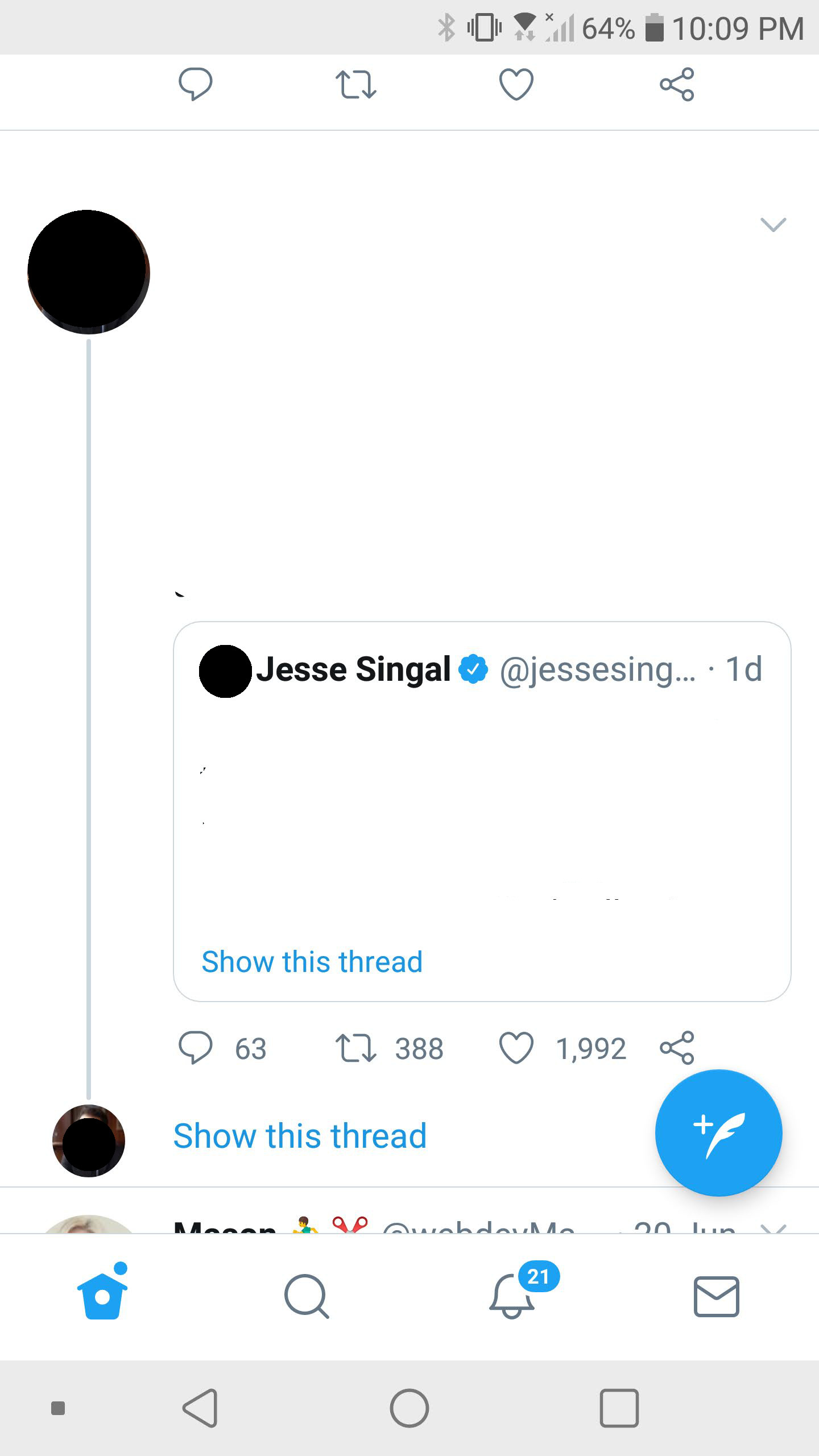 The author is verified.

They probably spend a lot of time on Twitter. 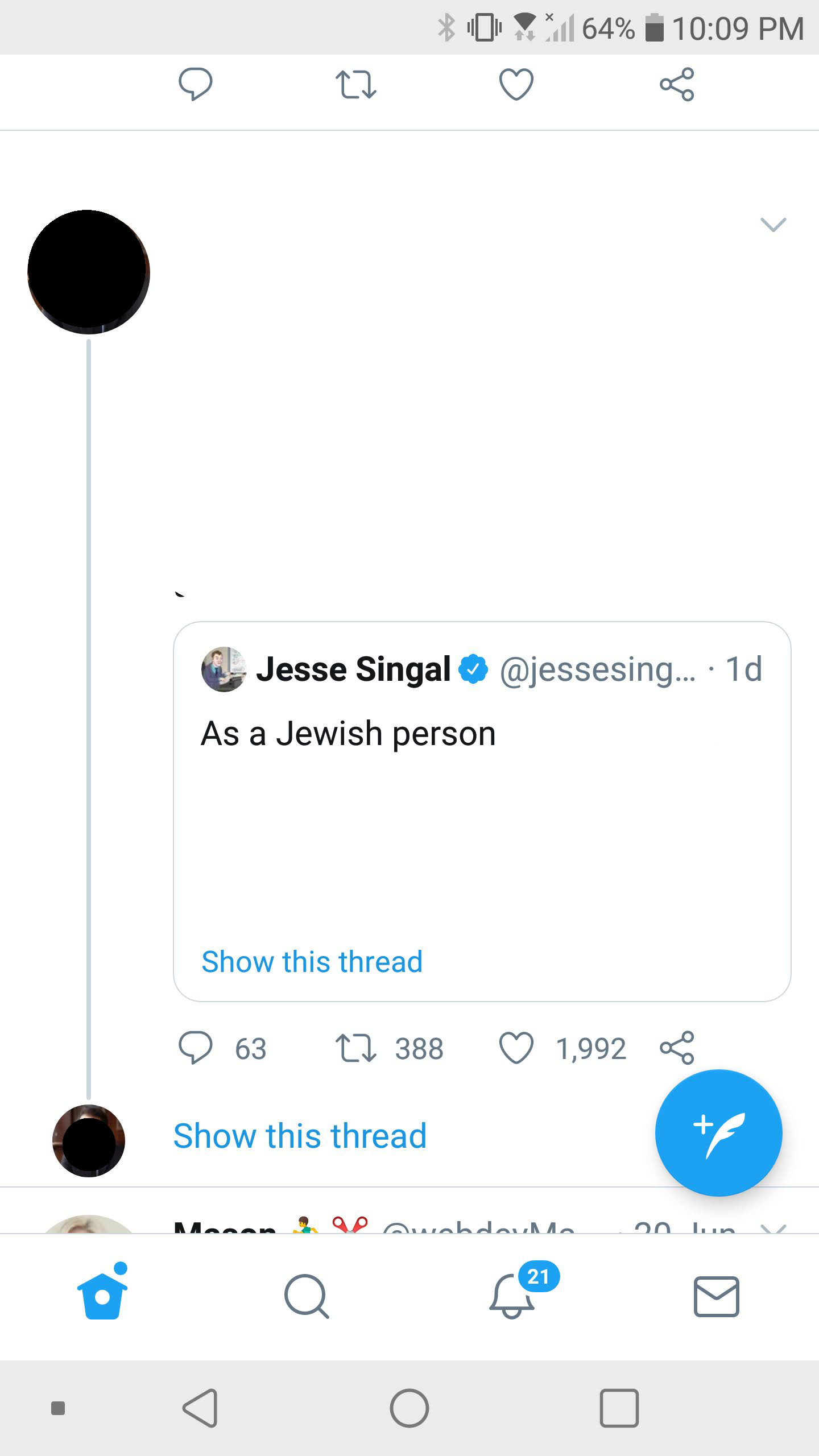 As a Jewish person, I don’t like where this is going.

The re-tweeter is also verified

Probably something I should at least read. 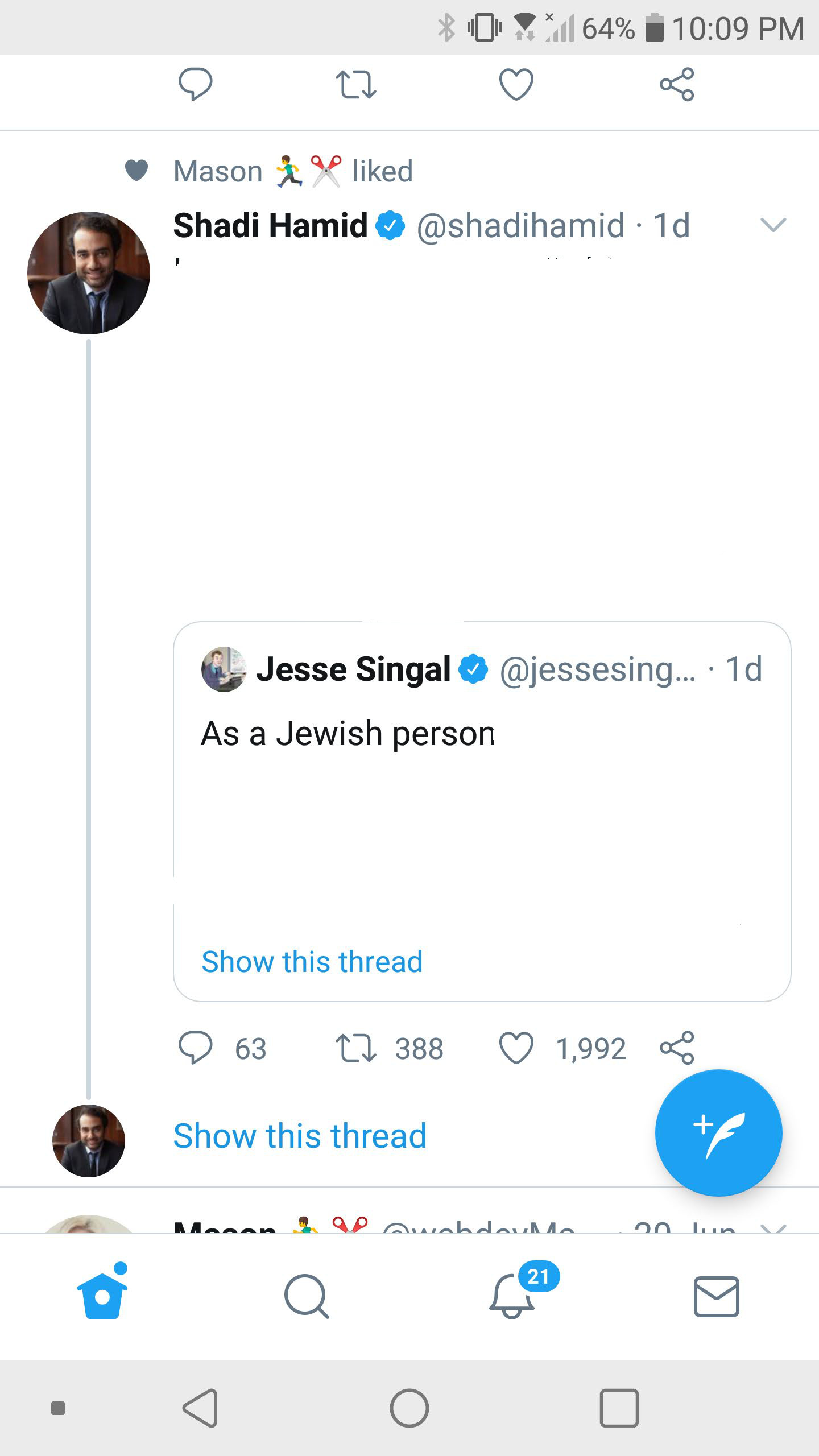 And my friend liked it 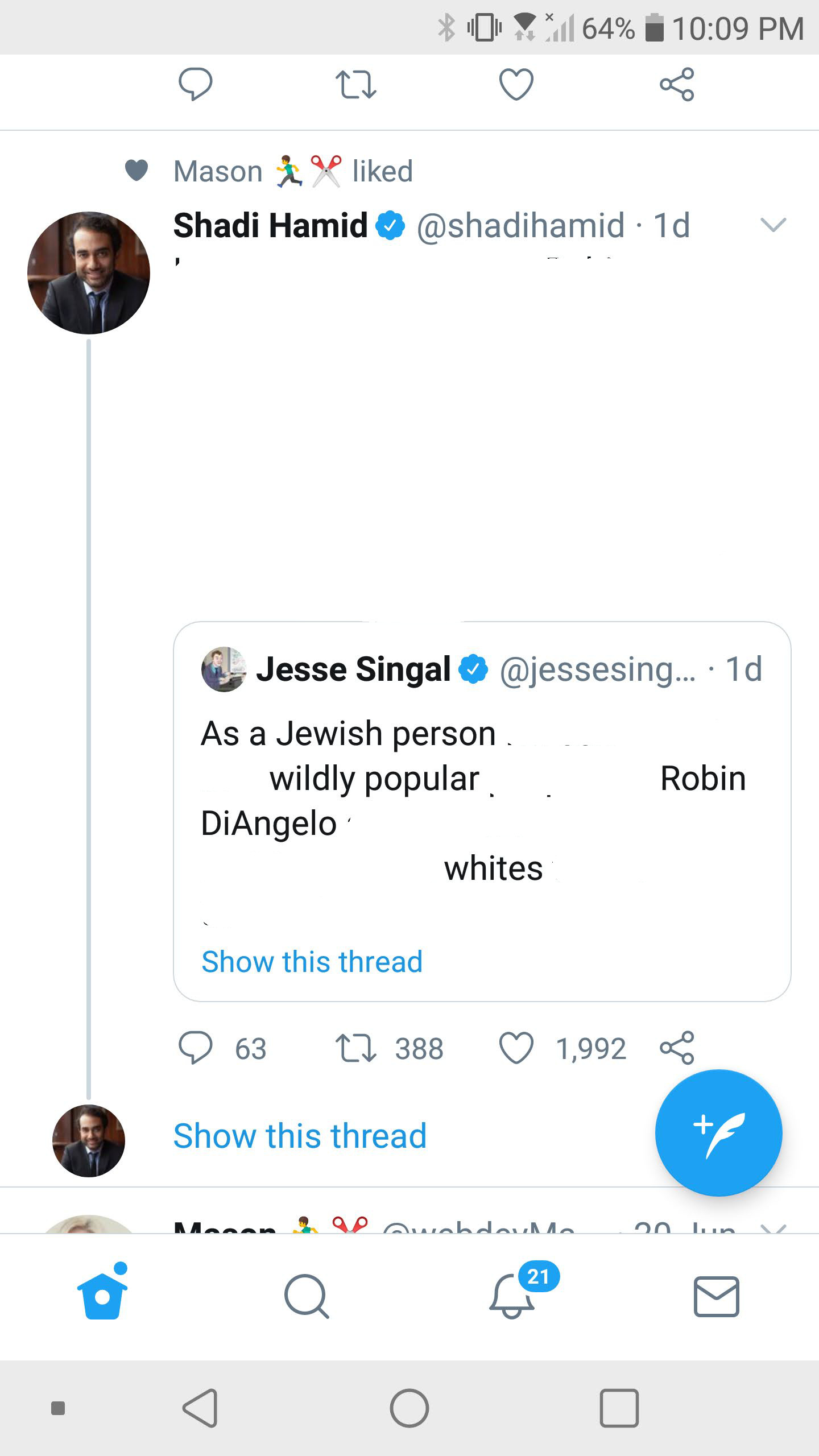 Some words jump out

Lately, I’ve been pretty disappointed with white Silicon Valley rationalists playing the victim of culture war instead of talking about racial injustice.

I hope this isn’t that. 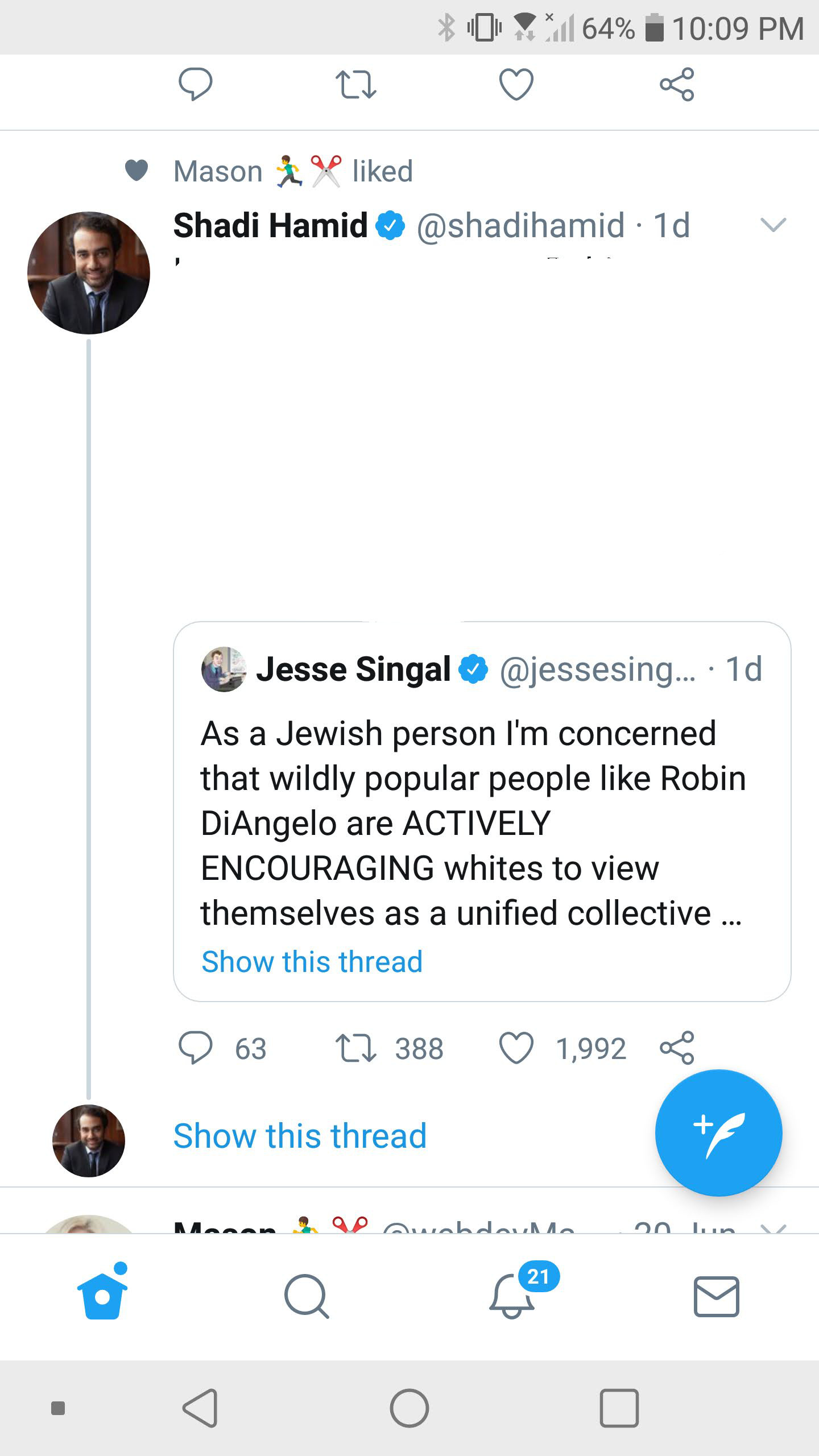 Don’t know what he means but it SOUNDS URGENT. 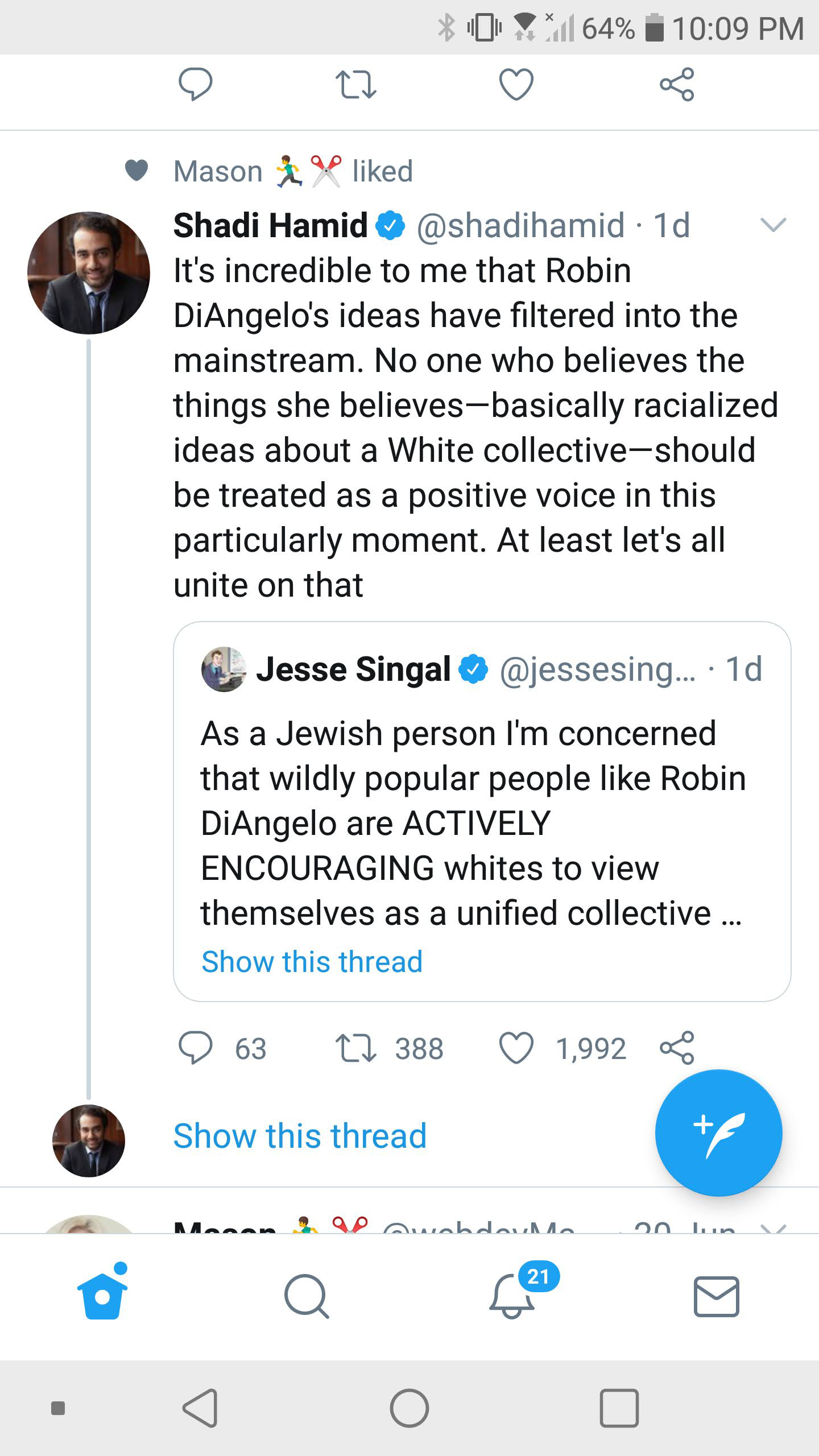 Still don’t know what they mean.

This all took place in under five seconds.

What I did next

The problem with learning about something through editorials is that it makes approaching the subject matter with an open mind that much harder. I already know that two people do not like her.

Who is Robin DiAngelo? Who are these people? Are any of them aligned with me?

At this point, I closed the app. Not because I’ve abdicated my intellectual responsibility to knowing what’s going on, but because Twitter is an exhausting way to learn new things.

I can’t scroll through more than a couple tweets without getting overwhelmed.

This is how I feel about social media in general, and it’s not like mainstream news is any better. Where can you get news that you actually trust?